The English Bulldog, colloquially known as British Bulldog or Bulldog, is a medium-sized dog that originated from England. The stout structure and folds of skin on the face are the unique identity of this breed of dog.

Most researchers agree that the Bulldog is a cross between a Mastiff and a pug. These dogs, who first got the name Bulldog in 1568, were originally bred for blood sports known as bull-baiting and bear-baiting. The blood sports were the popular pastimes of the masses that can be traced back to the year 1209. However, this sport was finally banned, but not forgotten, in 1835 in England.

The extra ordinary features of a Bulldog are reminiscent of the bull-baiting tactics and strategies that made the bulldog deadly effective in killing a bull. To understand the origins of the bulldog, you need to know extensively about bull-baiting and how bloody the sport was. The quagmire of dogs fighting bulls or bears was intense and the way dogs used to grab the bull’s nose needed some special features that could help in sticking to the bull’s nose to kill him.

Normally the fight was staged in a field, a pit, or an arena. The concept of the bull-baiting was for the dog to engage the bull. Bulldogs were trained to crouch low to the ground to shield their bodies from the bull’s horns when it charged. The shoulders were placed on the outside of the body. This was to make sure it could crouch low. Similarly, the hindquarters of the Bulldog are not as well developed as the forequarters, allowing the dog to be shaken violently without suffering any spinal injuries. The head of the Bulldog, like his body, is also the part of the fighting strategies that men wanted to develop. The short jaws; lower jawbone is longer than the upper jawbone which allows the dog to hang onto whatever it wants with a surprising tenaciousness. The grip is very strong and the structure of the jaws, surprisingly, enables the dog to move the jaws in a manner that it can hang onto the throat of the bull and shred the flesh, sinew and muscle until it reaches the jugular artery.

Even if the Bulldog is knocked out during the fight, the jaws of this breed of dog, once locked, remains locked (this ability is found in most Mastiff breeds, snapping turtles and eels). The Bulldog continues to hang on until the bull is brought down; bleeding to death. The wrinkles or skin folds on the face allow the bull’s blood to flow down the dog’s face under its chine rather than into its eyes. Should the Bulldog be able to latch onto the bull’s nose, the Bulldog has a short snout on the face upwards to allow breathing, while retaining its grip on the bull’s nose. The bull is, in the meantime, suffocating, due to the loose jowls of the Bulldog blocking the passage of air.

This was the reason how Bulldog came in to existence. Since the ban on bull baiting and bear baiting, the bulldog has become a family dog. It is one of the most friendly dog breeds. It can be very loyal to its master. It can also become vicious if anything attacks its master. If you are planning to buy a dog, consider the English Bulldog since it is the one of the best breeds in the world.

The Olde English Bulldogge originated in England between 1600 and 1700.  These were the early ancestors to many of the Bull breeds that exist today including the English Bulldog and the American Bulldog.

They were bred to participate in blood sports like bull baiting.  This so called sport, became quite popular in England through out the middle of the 18th Century.  Bull baiting primarily consisted of staking out a bull and allowing several Bulldogges to attack it.

A dog of great courage and agility was needed for bull baiting. This dog was of medium size; larger dogs were considered to be the result of mastiff crosses.

Around 1835, laws were passed in England prohibiting bull baiting and the Olde English Bulldogges main purpose of existence vanished.  Within a decade the numbers of bulldogs declined drastically almost to extinction.

Dog show fanciers eventually decided to reconstruct the breed, but wanted to tone down the aggressive temperament of the original Olde English Bulldogge.

They crossed the remnants of the existing stock with other breeds and over the years that followed they developed the modern English Bulldog.  Unfortunately though, this modern dog is wrought with all kinds of genetic health problems.

The modern Olde English Bulldogge is a reconstruction of the original Olde Bulldogge of the 17th and 18th century. Various genetic crosses have been used in carefully and thoughtfully planned breeding programs to obtain this goal.

These various dog breeds were used very selectively in various combinations to obtain the desired physical traits of the original Olde English Bulldogge.

The result has been a good looking Bulldogge of great athletic ability that is much healthier and physically fit without most or all of the problems that plague many of today’s modern English Bulldogs.

The goal of all Olde English Bulldogge breeders should be to produce genetically healthier Bulldogges that are free breathers, free breeders, and free whelpers. 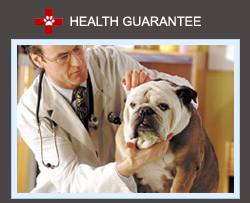